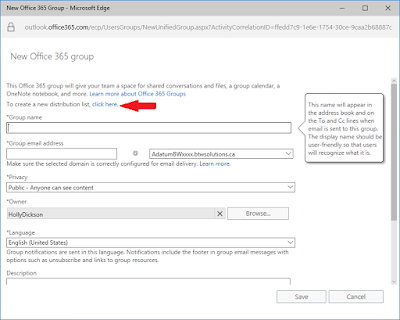 There is one difference between this popup and if you actually selected an Office 365 group. This window has an option to create a distribution list. You can see it in the screenshot above by the red arrow. I'm pointing out that option because I didn't see it at first and was only made aware of it by Microsoft.

Email ThisBlogThis!Share to TwitterShare to FacebookShare to Pinterest
Labels: O365